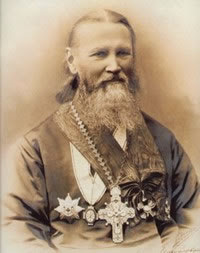 Fr. John Sergiev was born in a village in northern Russia in 1829. He was educated at the Archangelsk Theological Seminary and the St Petersburg Theological Academy. In his private life, St John lived in strict obedience to the canons of the Church, yet in his relationships with people he was known for his enormous love and compassion.

Early in his priesthood, St John chose to work with the poor and underprivileged of Kronstadt, the naval base outside St Petersburg. His compassion for others gained him a reputation as a healer, a man of prayer and as miracle worker.

St John died in 1908 and was canonized by the Russian Orthodox Church in 1964.

Russian Welfare Society chose St John of Kronstadt as its patron saint to emulate his example of service, love and commitment to the poor and those in need of succour. 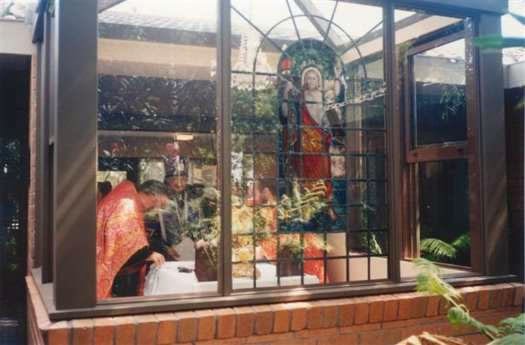 Chapel of St John of Kronstadt at KRONSTADT GARDENS